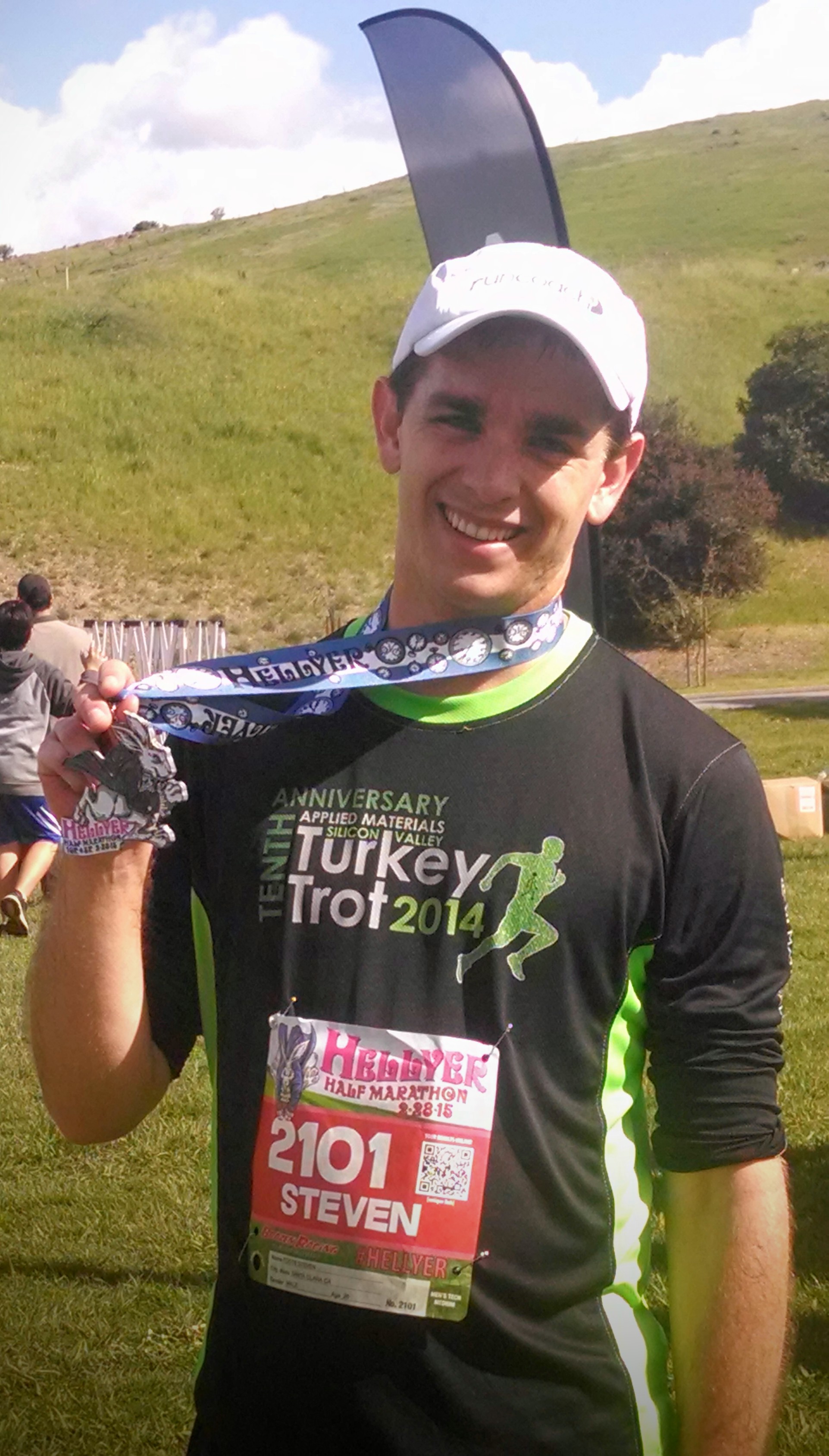 I started running cross country in high school. I haven’t been running consistently since then, but I have run at least occasionally. Over the last 2 years, though, I have been running consistently. My wife and I have run a couple of half marathons (in this case, two halves does not make a whole), and a handful of other races. In the past few years, friends and family have asked why I run. For at least some of them, this is more than a flippant remark made with the intention of putting down running. For them, I would like to a thorough response. If you are not a runner, it can be hard to understand why anyone would spend the time, energy, and money on an activity that seems like a cruel form of punishment. But a lot of people enjoy running, and more people start every year. There must be some reason. Here are a few of mine.

I Love to Eat

One of the things I find interesting about weight management is how similar it is to money management. The basic principles are the same in both: spend more than you take in, and the balance goes down (accounting is some of the simplest math around, and yet we still find ways to make it complicated). There are certainly circumstances where these principles don’t exactly apply, but for the most part, it’s that simple. If you want to decrease your balance (read: weight), you need to expend more calories than you take in. You can either take in fewer calories or expend more. I have found running to be one of the most effective ways for me to do both.

I like food. I really enjoy trying new foods from different cultures, because the things we eat say a lot about who we are. I don’t ever want to go on a strict diet where I’m only allowed to eat from a strict menu. I also don’t want to spend all of my time counting calories on everything I eat. So I run. Running burns a lot of calories in not a lot of time. One of the surprises about running is that it has encouraged me to eat better. Maybe not less, but better. My fuel as a runner is the food I eat. If I eat garbage, my fuel is garbage. Running is a lot easier if I eat better. My body craves the foods that will be good fuel.

In high school I wrote a song with my band[1] about my experiences running cross country. The chorus is below.

The pain is so refreshing
It keeps us coming back for more.
We all consider quitting
But we know we never could.
It feels too good to be broken at the end of the day
And to turn around and see how far we came.

Ironically, it is the suffering involved in running that attracts runners and keeps others away. When people ask “Why do you run?” (and I think what they really mean is, why would anyone run?), I sometimes respond, “Because it hurts.” I’ve run a few half marathons and I’ve never felt a “runner’s high”, and I’m beginning to doubt it even exists. I don’t run in hope that some “high” will make the suffering stop. I run because it hurts. I run to see how fast I can go[2], and how far I can go. I doubt that this will make much sense to anyone who is not an endurance athlete. It doesn’t make a lot of sense to me, but it’s true. Running has taught me a lot about life. I have learned to do hard things, not because in spite of their difficulty, but because of it. Running offers a sense of accomplishment every single time.

In high school cross country, I hated race day. If I remember correctly, we had about one race every week or so. There was a lot of sitting around in anticipation, nervous warm ups, followed by the stomach-churning wait at the starting line. My friend and I used to sing Billy Joel’s “For the Longest Time” while we waited for the gun at the starting line. Considering how fast I would run the races, I think that song choice was appropriate. The gun would go off, and I would run my guts out for about 22 minutes, coming in long after the contenders, but I would still find someone with whom I could race the last 100 meters or so to the finish line in an all out sprint. Those last 100 meters were the reason I stuck with it. They kept me coming back for more. Still, I hated races almost as much as I hated track work. I didn’t really learn to love running in high school, which is probably why I didn’t stick with it when I graduated.

Over the last couple of years, though, I have come to see races as a reward for weeks and months of training. The weeks of training are full of anticipation. I usually have a goal speed for a race, and my training helps me guess if I’m likely to meet my goal. Then there’s the excitement of picking up the race packet, hanging around the starting line with all the other runners who are just as nervous as you, then taking off when the gun goes off. Then there’s the pain again, mingled with adrenaline and excitement. Depending on the length of the race, the adrenaline and excitement wear off long before the race is over, and then there’s just pain. But finally the finish line comes into view and after one final sprint, the pain is over. If high school cross country taught me anything, it was that you should always sprint to the finish line.

A strange thing happens there on the other side of the finish line. At the end of my half marathons, my wife and I (we like to race together) collapsed at the finish line. We sat speechless for several minutes, then when we had recovered enough, we said to each other, “Let’s never do that again.” The same conversation was happening all around us. This is where things get strange, because within about 10 minutes, as the memory of the pain fades, almost everyone starts planning for their next race. “Maybe we’ll do a full marathon next time.” That’s why I run.

Note 1: Yes, I was in a band. Thanks for asking. We did win our high school battle of the bands. Then we went on to play TWO big shows: one at a Mexican restaurant (the show was not advertised and the guests were surprised—perhaps annoyed—that there was live entertainment) and the other at a friends birthday party. And yes, we did sell t-shirts and release an EP. I was this close to being a famous musician. This close!
Note 2: Not very fast. But I'm working on it.